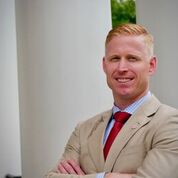 In 1893 a relatively unknown railway worker began to disrupt the retail industry – almost by accident. R.W. Sears bought a shipment of watches from a wholesaler who was dissatisfied with the order.  R.W. then promoted and sold his watches through mailers and flyers.  Sears turned a substantial profit and an American cultural landmark was created that lasted over two generations – the Sears Catalogue.

According to historians, “By the early 20th century, the Sears catalog had become so entwined with the American psyche that the government began to use it for propaganda purposes at home and abroad. During the World Wars, thousands of catalogs were sent to American soldiers at the front and convalescing in foreign hospitals to bring them a taste of home. President Franklin Roosevelt famously said that the best way to combat communism was to give them a good dollop of capitalism in the form of Sears catalogs. The Soviets took note—in 1981 they selected that year’s catalog as one of 300 works put on display in a cultural exhibit meant to inform the Soviet public about America.”

In 1993, almost 100 years after the first publication, Sears decided to discontinue distribution of the famous American catalogue. The great disrupter of American retail was disrupted by modern technologies.

Today, Sears’ cycle of disruption continues as news sources widely report that Sears is preparing to file for bankruptcy.  On Monday, Sears will be confronted with a deadline to pay an outstanding debt of $134 million… and it just can’t pay.  Sears has added a corporate reorganization guru to their board, Alan Carr.  In addition, Sears hired outside consultant, M-III Partners, to prepare their complex bankruptcy filing.  The markets, in response sold off Sears at breakneck speed; somewhere to the tune of 29% devaluation before the opening bell.

Using bankruptcy as a tool for reorganization and survival is not uncommon.  Reaching back to the most ancient recesses of historical recordation, we would not be surprised to see that prominent and thriving societies made some allowance for alleviating the overwhelming burden of debts in unforeseen and unfortunate circumstances. Often, debtor relief, currently in the form of bankruptcy, is an inevitable step in the cycle of disruption.